ISRO plans to launch the next mission in the month of December.

Indian Space Research Organisation (ISRO) plans to launch the next mission through Polar Satellite Launch Vehicle(PSLV). ISRO is planning to launch at Satish Dhawan Space centre, Sriharikota. ISRO launches the mission in the month of December. The satellite which is going to be launched through PSLV is Cartosat series. The satellite primary objective is providing high resolution scene specific spot images. Along with the cartosat satellite, there will be 15-20 foreign satellites launched by the Polar Satellite Launch Vehicle (PSLV).
This is the third mission in the Cartosat series in the year of 2017. Previously, in the month of February, ISRO has launched PSLV C-37 which carried the cartosat-2D & other 103 satellites.The Cartosat series is earth observation satellite.
In the month of June, ISRO has launched PSLV C-38 which carried Cartosat-2E along with 30 nano satellites.
ISRO previous mission was launched on August 31st, which was unsuccessful due to heat shield( Pay Load Fairing). As the result of this the satellite wasn't placed in the orbit.
ISRO may launch GSLV F-08 which carries GSAT satellite after this PSLV Cartosat in the month of December.
Thanks for visiting...
Please Check the recruitment details of ISRO 2017 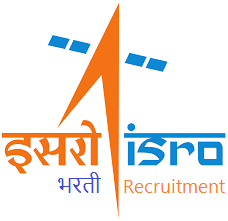 Thank You for visiting....
If you have queries ask in the comment box.
ISRO Next Mission

Popular posts from this blog 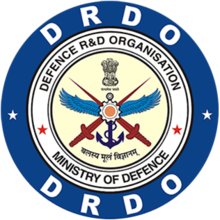 The Indian Space Research Organisation (ISRO) is the national space agency of India, headquartered in Bangalore. It operates under the Department of Space.  Satish Dhawan Space Centre, Sriharikota (SDSC SHAR) is the spaceport of India under Indian Space Research Organisation (ISRO), Govt. of India. SDSC SHAR is located at Tirupati District, Andhra Pradesh.  SDSC SHAR is inviting applications for the recruitment of Post Graduate Teachers (PGT), Trained Graduate Teachers (TGT) and Primary teachers (PRT). SDSC SHAR is operating Space Central Schools at its Sriharikota and Sullurpeta campuses under NCERT / CBSE pattern of education. Space Central School was established in the year 1973. It is an English medium Co-educational Govt school affiliated to CBSE with affiliation number 180004 and has a General affiliation which is valid up to 31/03/2029.  Advertisement No.:  SDSC SHAR/RMT/01/2022  Name of the Organization:  Satish Dhawan Space Centre, ISRO Name of the posts:    Post Graduate Tea
Read more